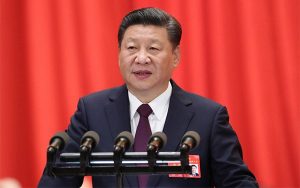 The Chinese Ministry of Justice has made public the details of penalties issued to 42 lawyers and 10 law firms in 2017, amid intensified efforts to standardise practice and boost transparency.

Those listed have been given administrative punishments, such as fines, a suspension of practice and disbarment, according to the ministry.

Nineteen lawyers were punished for privately accepting cases or collecting fees, which did not conform to laws and regulations, the most common misdemeanour listed.

Six were punished for disrupting litigation proceedings, such as providing communications devices or other prohibited items to suspects in detention.

This was the ninth consecutive month for the ministry to disclose violations by lawyers since it began to release such information in May.

It released the information in a move to standardise lawyer’s practice, protect litigant rights, improve the complaint handling system, step up penalties on violations and boost transparency.