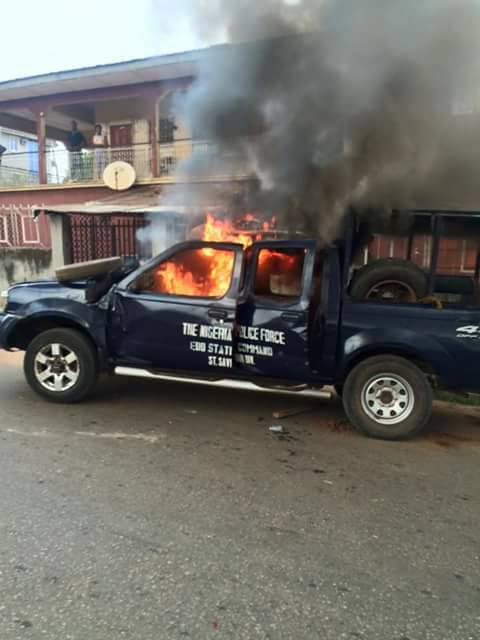 Police vehicles were set ablaze after a policeman reportedly killed a driver over N100 bribe in Benin, Edo State. The sad incident took place this morning, along M.M. Way, Benin.

An eyewitness revealed that the police officer pushed the driver into the path of an oncoming trailer which smashed his head.

According to the victim’s fiancee, trouble started when the late victim refused to give the said policeman, N100 bribe, after their bus was stopped. The alleged policeman refused all plea to let the bus go which led to an argument. 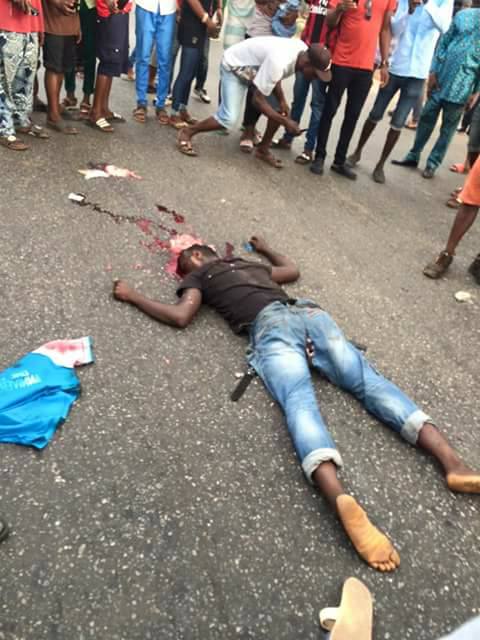 The driver after he was killed

As the argument went on, she said the deceased was pushed and landed in the path of an oncoming trailer. His head was crushed on the spot.

When the policemen saw what had happened, they fled the area. It was gathered that the driver was set to wed next week. Some police vans have already been set ablaze by aggrieved residents of the area. 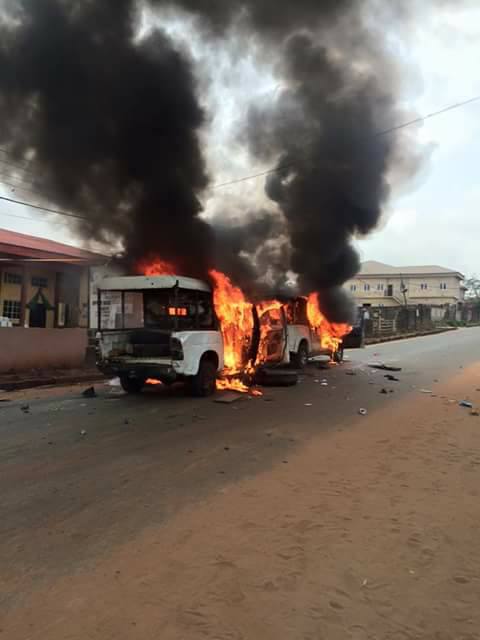 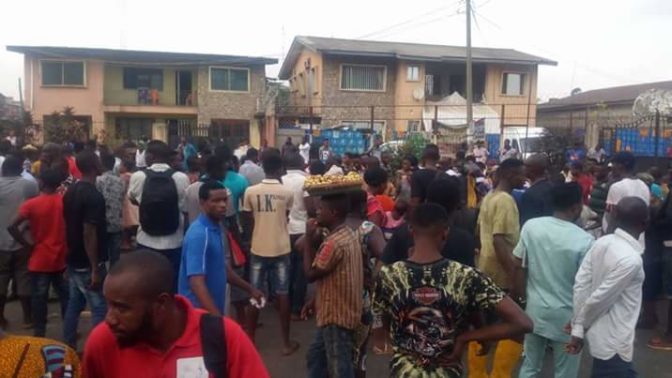