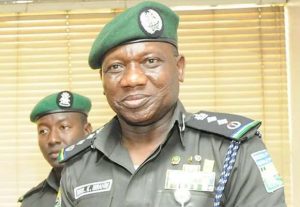 The Inspector General of Police is currently at the Senate to explain his alleged non-compliance with a resolution by the chamber on the 14-day ultimatum to him to arrest and prosecute the herdsmen suspected to have killed over 70 persons in Benue State.

The police boss is appearing before the Senate’s joint Committee on Police Affairs and Intelligence.

The journalists and lower ranks who accompanied Idris were however dismissed from the venue after the introductory session.

Based on his failure to arrest and prosecute the suspects, the Senate had on Wednesday resolved to summon the police boss to appear before the Committees on Police Affairs; and Intelligence.

The IG however failed to appear before the panel on Thursday.