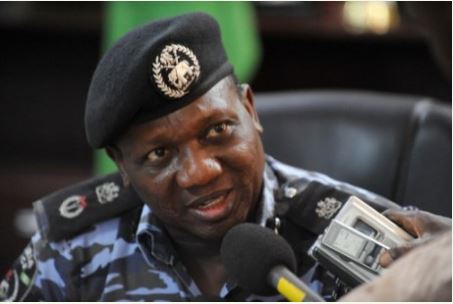 The Inspector-General of Police Ibrahim Idris has yet to relocate to Benue State, in an apparent affront to President Muhammadu Buhari’s order last month.

In a directive issued on January 9, Mr. Buhari asked Mr. Idris, whom he appointed in June 2016, to move to Benue State to restore order and forestall further attacks on villagers by suspected herdsmen.

The president also emphasised in his January 25 letter to the Senate that he had “instructed the Inspector General of Police to relocate to Benue State” and “redeploy forces to the most sensitive areas.”

The order followed the January 1 killings of over 70 villagers in Logo and Guma Local Government Areas of the state, a development that sparked nationwide outrage and calls for a new approach to the killings linked to farmer-herdsmen crisis across central Nigeria.

The president asked Mr. Idris to focus on the farmers-herders attacks in Benue, Nasarawa, Taraba, Adamawa and Kaduna States. Each of these states has witnessed repeated attacks in recent weeks.

But the Inspector-General spent only three days touring the state, including holding talks with Benue political and religious leaders and visiting camps of the internally displaced persons in Logo Local Government Area.

Subsequently, the IG left the state for Nasarawa, drawing criticism from Benue residents that he was disobeying the president’s order by abandoning Benue, which is the epicentre of the deadly violence.

But Mr. Idris’ stay in Nasarawa was also short-lived, a reporter learnt. The police chief departed the state after about four days and returned to Abuja, where he has remained ever since.

PREMIUM TIMES could not immediately confirm the reason behind the defiance of a presidential order by Mr. Idris, who recently faced a nationwide ridicule for describing the January 1 killing in Benue as “communal clashes.”

Calls and text messages to the Inspector-General seeking comments about his refusal to relocate to Benue as directed by the president were neither acknowledged nor returned within the past one week.

However, the state governor said he understood why it was difficult for the Inspector-General to stay in Benue.

Mr. Ortom said Nigeria’s security challenges are enormous and the Inspector-General is only one man who could not be expected to concentrate in one part of the country.

“But we have the deputy inspector-general in charge of operations on the ground here,” Mr. Ortom told a reporter in a January 24 interview in Makurdi.

Mr. Buhari issued a similar order to the Chief of Army Staff Tukur Buratai in 2015, asking the military chief to relocate to Borno State, the epicentre of the Boko Haram onslaught.

Mr. Buratai has remained at the theatre of operations since then. He only visits the Army headquarters in Abuja when necessary, for meetings or administrative tasks, but “most of the time, he’s in Maiduguri,” a military chief told a reporter Thursday night, corroborating our independent findings.

But Mike Ejiofor, a security analyst, said there’s no rationale for the Inspector-General to remain in Benue or anywhere else in the crisis-ridden north-central.

“I don’t think it’s reasonable for him to remain there and leave all his administrative work at the headquarters,” said Mr. Ejiofor, a former director at the State Security Service.

Mr. Ejiofor said the DIG Operations that was kept in Benue is enough to coordinate the activities of police in the area, saying the relocation of military chiefs to Borno State had no significant impact on the overall success of military tactics against insurgents.

“I think we should be realistic,” he added.

Several local government areas in Benue, Nasarawa and Taraba States are still in crisis, with killings reported every now and then, PREMIUM TIMES found,

Thousands of residents are currently trapped in separate camps run by the government and private organisations in the three states.

It was recently found that at least six villages were still being avoided by police special forces in Logo Local Government Area alone.

Security forces appear unable to withstand the firepower of the attackers lurking in the bushes around the villages.