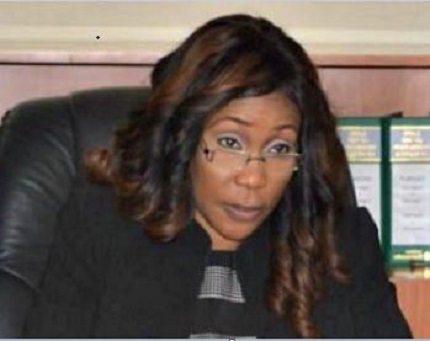 The Director-General of the National Agency for the Prohibition of Trafficking in Persons (NAPTIP), Mrs. Julie Okah-Donli, weekend disclosed that the use of juju (black magic) hinders successful prosecution and conviction of human traffickers.

Okah-Donli who spoke at a public lecture in commemoration of the 60th birthday celebration of Captain Idahosa Wells Okunbo, held at the University of Benin, disclosed that obtaining victims’ testimonies for prosecution and conviction of offenders is becoming very difficult.

Her lecture was titled; “Youth Migration, Deportation and Rehabilitation: The Way Forward.”

She blamed government at all levels for not doing enough to stem the ugly trend of human trafficking, even as she criticized the media for not giving enough publicity to the dangers associated with it.

“Prosecution of human traffickers is usually difficulty. Their conviction is based on victim’s testimony which is hard to obtain because of the control mechanism adopted by traffickers, the most popular which is the use of juju by traffickers to control the victims.

“Human trafficking is usually under reported and given very lower priority by government at all levels,” she said.

The NAPTIP boss however announced that the agency has achieved a milestone by convicting 339 persons, with many other cases still pending in courts.