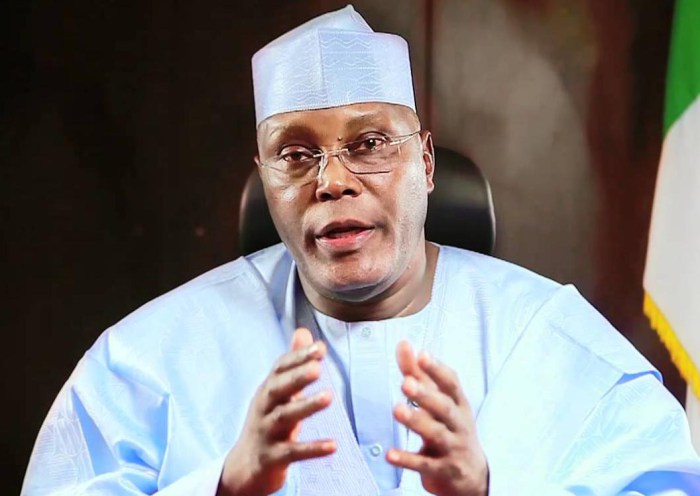 One of Nigeria’s Top presidential candidates, Alhaji Atiku Abubakar has articulated his intentions for Nigerian once he gets elected in 2019.

Abubakar who was the vice president during the Obasanjo regime is contesting under the flagship of the PDP.

According to him while speaking at the Silverbird man of the year awards last weekend, it is a shame and pity that Nigeria has taken over from India as the poorest economy in the world.

Atiku further states that he is ready to fight, capture and kill all the snakes and monkeys swallowing money instead of eating bananas in the jungle!

The statement had made his listeners erupt in laughter. It was obvious that the presidential candidate was making a direct jab at the present administration under whose watch animals have taken over the country.