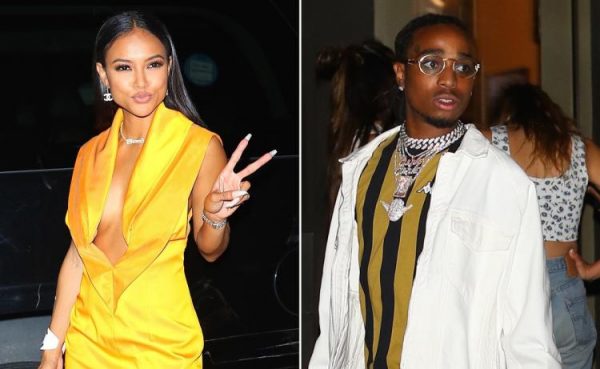 Karrueche Tran got many people worried when she took to her social media to share some freaky posts.

Drama started hours ago when the actress tweeted at Migos rapper Quavo, demanding for a photo of his penis. “You owe me a d*$k photo,” she told him, adding a hashtag that said, “Mama needs one for her spank bank.”

This stirred frenzied reactions on her page. However, some fans wondered if her account got hacked, or if she was participating in MTV’s salacious reality show Safeword, and this was because some fans also noticed her comment under actor Michael B. Jordan’s Instagram.

“I know for a fact you weren’t weren’t wearing pants here. Cuz you took that in my bedroom,” she said.

So, was she a guest on the MTV show?

Weeks ago, Amber Rose sent out a tweet at Beyonce, saying she is the ‘Becky with the short hair’, and she also called Tyga’s music ‘trash’, and it wasn’t until late that she confirmed she was only a guess on the MTV show.

The show expects stars to make provocative tweets for attention, which could be troublesome, especially when the celebrities cross certain lines, like when rapper Young M.A dissed Nicki Minaj and Meek Mill.

Thankfully, Karrueche Tran came out later to clarify why she made that tweet; she was really a guest on the show. So, no harm done.

@MTVSafeWord hacked my accounts.
I swear none of that stuff that was posted was me. It was @mtvsafeword!