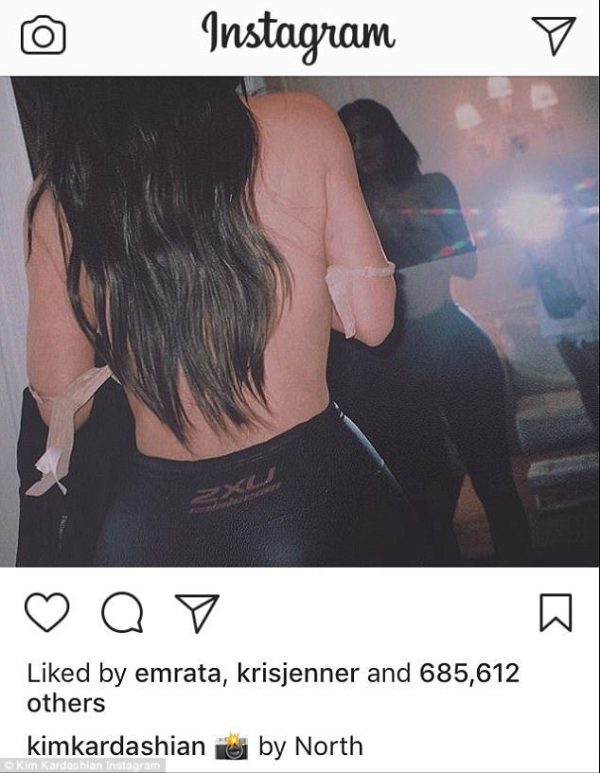 The mom of three had shared a photo of herself taken by her daughter North, and many of her followers immediately took to her comment section to slam her.

Many felt it is inappropriate to have her kid take such pictures.

One user, stacey_boombacy, commented: ‘So now your daughter is taking the provocative photos for you to post?

‘Why Kim?? Seriously you are her role model. There’s so much good and beautiful about you and your family. Why cheapen it? You don’t need to.’

‘I can’t imagine asking my daughter to take a provocative photo of me. This is pretty distasteful seeing as a child took it,’ wrote user Stacyoglesby.

Guys any thought about this though?