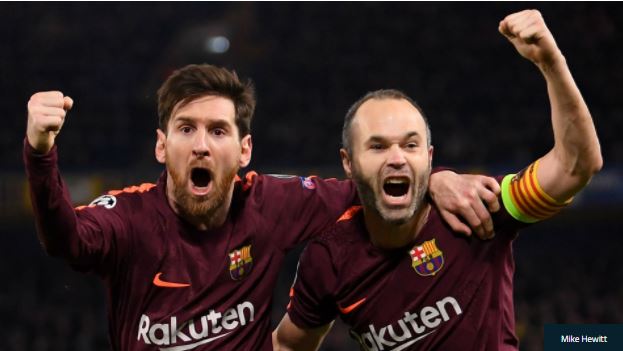 LaLiga is the best league in the world according to former Real Madrid and ex-Nigeria international Mutiu Adepoju.

The football legend disclosed this on social media after Barcelona held Chelsea to a 1-1 draw in Tuesday’s Champions League Round of 16 encounter.

Willian hit the post twice but finally found the net with what looked to be the winning goal, only for Lionel Messi to score for the first time in six games to earn a valuable away.

According to Adepoju, the result at Stamford Bridge proves the quality of the Spanish top flight.

“Next time someone asks you to name the best league in the world, I’m sure you know the already-made answer,” he tweeted. 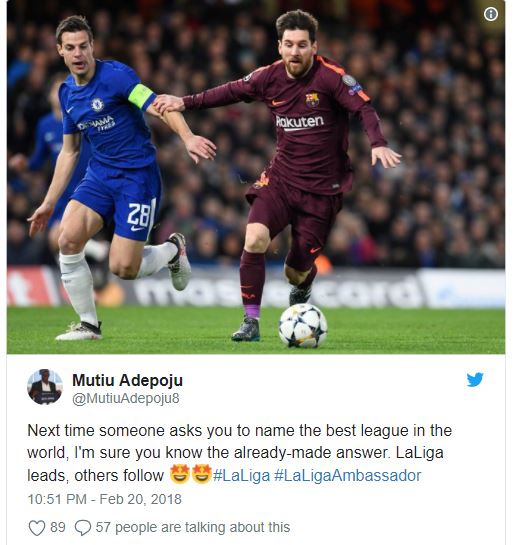 Antonio Conte’s Blues face an uphill task going to the second leg at Camp Nou as they need a win or at least a 2-2 draw to progress to the next round of the tournament.