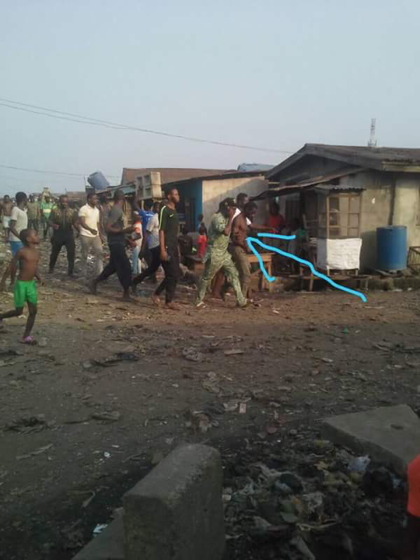 A Yet to be identified man has been arrested by the police in Lagos for beating his wife to death..

The lifeless body of his wife was discovered beneath a structure she built by herself and her husband on the waters in Oke Eri street, Oworonshoki, Lagos.

According to sources, the deceased and her husband were always having fights. Eleven days ago, they had another fight which resulted in the husband getting her arrested. .

She was detained at a police station in Oworonshoki and was released the next day. On arriving home, they had another fight and the husband allegedly battered her till she passed out. .

Noticing she was lifeless, he shaved all her hairs and dumped her body in the waters. Neighbors who were bothered about her whereabout inquired from the husband who was quick to deny having knowledge of where she had gone.

However, her lifeless body was later discovered under the structure, by a neighbor who alerted the people in the neighborhood.