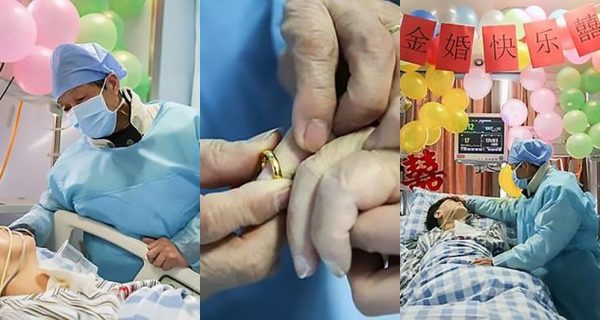 A Chinese husband has expressed his love and dedication to his wife of 50 years during a heart-warming wedding anniversary – even though she was in a coma and couldn’t hear it.

The 78-year-old man, named Feng, put a golden ring on his wife’s finger as he celebrated their golden wedding anniversary in her hospital ward in Haining, Zhejiang Province. 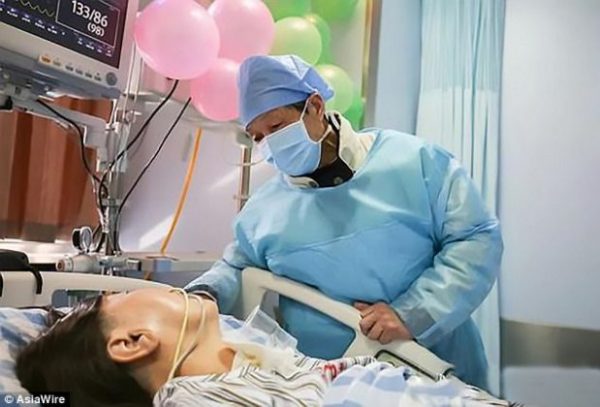 His 73-year-old wife, known by her surname Wang, has been under intensive care for three years; and to help her recover, Mr Feng comes to the hospital every day to hold her hand and talk to her, according to a local report.

The touching ceremony had been planned as a surprise by the medical staff, who treated the elderly couple as their own family. 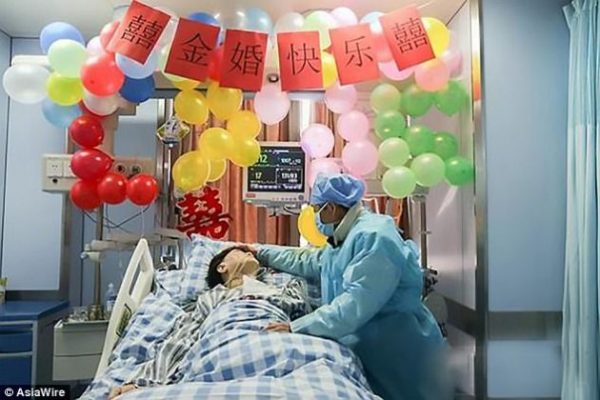 Mr Feng said he was deeply moved by the staff’s kindness, and his wife’s heart rate increased on the day.

During the heart-warming event on February 7, Mr Feng not only gave his wife a new ring, but also cut a wedding cake. 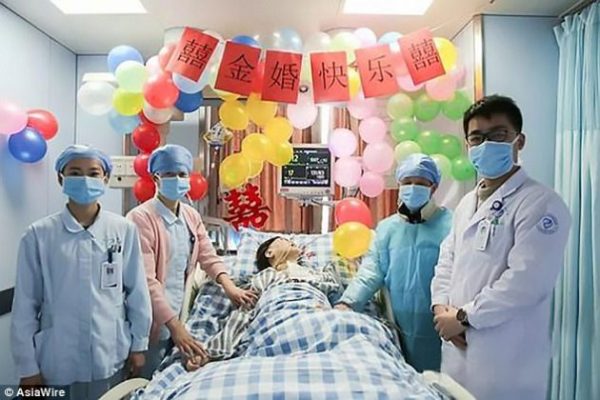 Hospital staff took pictures for the couple as Mr Feng stood by his wife’s bed looking at her lovingly.

Ms Wang was knocked into a coma in July, 2014, after suffering from a stroke.