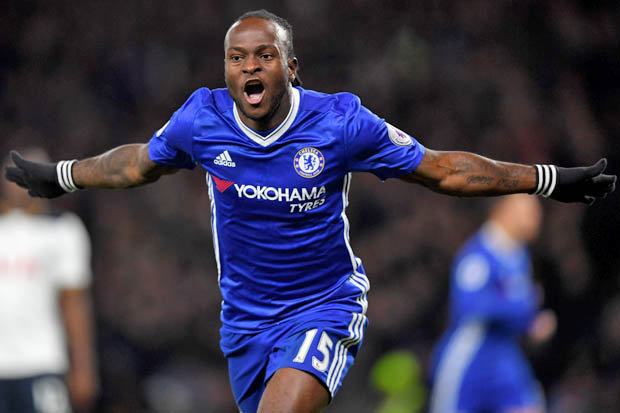 Whenever Chelsea plays and Victor Moses on the line up, he manages to trend on Twitter every time. The match between Manchester United and Chelsea has come and gone but Moses continues to be a subject of trend.

The former Liverpool player who made his 23rd start for the Blues this season, according to fans has the poorest delivery. According to one fan, he says there is nothing more frustrating in this world than Victor Moses’ delivery. He gets in such good areas and has a lot of the ball. Surely a top RB / RWB is the summer priority for the club.

Moses is so frustrating and even though he gets in promising positions his final ball is awful. Imagine if he could cross a ball!! Would be world class. #MUNCHE