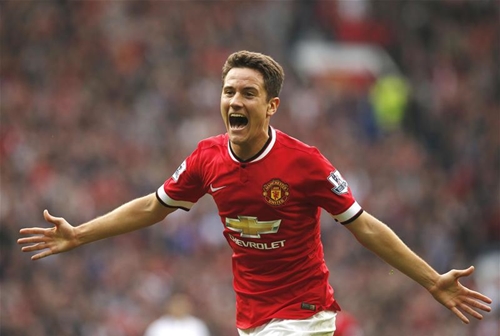 Manchester United star, Ander Herrera is set to be put on trial over an alleged match fixing scandal, according to Dailymail UK.

The 28-year-old Spaniard has been warned he faces being ordered into the witness stand with 33 other footballers including Atletico Madrid midfielder, Gabi over a ‘suspect’ May 2011 match between his former club, Real Zaragoza and Levante.

Zaragoza’s then-manager, Javier Aguirre also faces trial along with others including the club’s former sporting director, Antonio Prieto and its ex-owner, Agapito Iglesias.

The trial, seen as a certainty in Spain, is expected to be at least six months away.

Prison sentences of less than two years for first-time offenders normally end up being suspended.

The bombshell news comes after a U-turn by Valencia-based investigating judge, Isabel Rodriguez. Last July she archived a long-running probe into Zaragoza’s 2-1 away win which kept them in La Liga.

The investigation was reopened by Valencia’s Provincial Court on January 25 following an appeal by state prosecutors and Deportivo La Coruna, the club relegated as a result of Zaragoza’s win.

Reports in Spain say the main basis for the reopening of the case is the £848,450 Zaragoza paid into the accounts of Aguirre, Prieto and nine of their players days ahead of the May 21, 2011 match – and the scarce use Levante players made during the following weeks of their credit card and bank accounts.

El Pais said investigators suspect the Zaragoza players returned the cash deposited in their accounts to club managers so it could be passed on to the Levante players.

It reported anti-corruption prosecutor, Alejandro Luzon named Ander Herrera as the recipient of two cash sums of £44,000 and £35,000.