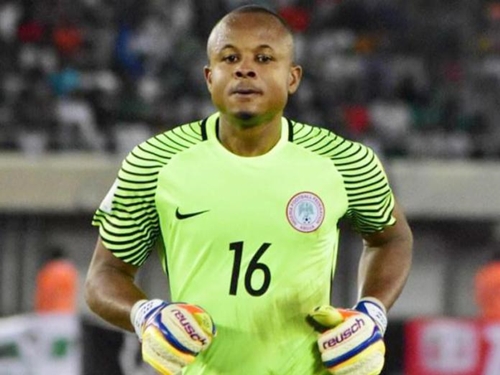 Home-based Super Eagles captain and goalkeeper, Ikechuckwu Ezenwa has been ruled out of the African Nations Championship (CHAN) final against Morocco.

Ezenwa suffered a leg injury against Sudan in the semi-final on Wednesday and will not be fit in time for Sunday’s championship decider in Casablanca.

In his absence, Plateau United Goalkeeper, Dele Ajiboye would continue in goal after he was named the man of the match against the Sudanese in Marrakesh.

On the other hand, Osas Okoro is eager to help Nigeria win the championship for the very first time.

The midfielder is confident that the team has what it takes to beat Morocco and bring the trophy to home.

Meanwhile, Super Eagles technical adviser, Gernot Rohr is expecting the final match of the championship to live up to expectation on Sunday.

Rohr is hopeful that the Eagles will win the competition if they recover well enough and take their chances, although he believes the host nation would enjoy massive support from the crowd.

It is the first time both teams would get to the final of the championship since its inception.

Nigeria’s best outing at the championship was when they finished third in 2014.