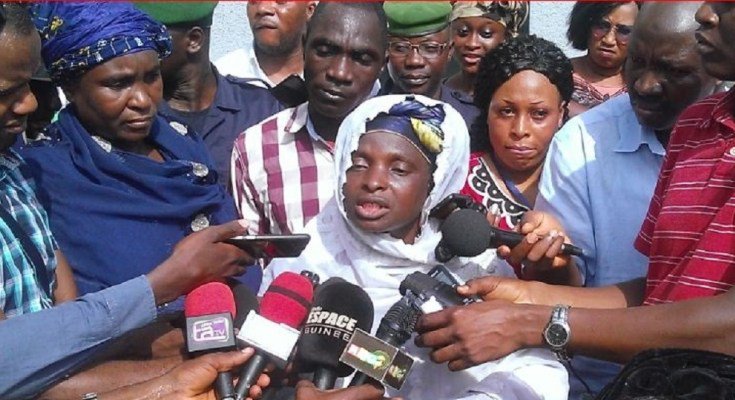 N’na Fanta Camara a healer from Guinea, in Western Africa, was recently arrested for conning over 700 women into thinking they were pregnant by giving them a strange cocktail of plants and medicines that left them bloated for long periods of time.

According to the BBC, women who were desperate to become pregnant would apparently seek Camara’s help and pay her considerable amounts of money for herbal concoctions that the so-called healer claimed would help them bear children.

The con artist would make her clients drink plant mixtures that caused vomiting and diarrhea, but she reassured the women that this was all part of the process.

She made it specifically clear that they were not to go to the hospital to treat their symptoms, but rather see Etienne Balamou, a laboratory technician running a clandestine clinic in Conakry, who police say was her accomplice. In time, the strange remedy made some of the women’s bellies become permanently bloated, making them think they were pregnant. Some reported looking pregnant for 12 to 16 months.

Police believe N’na Fanta Camara is responsible for conning over 700 women, charging them $33 per visit. That may seem like a modest fee, but in Guinea, the average monthly salary is only around $48. But apart from cheating them out of the their hard-earned money, Camara also caused serious conjugal problems.

Police Colonel Moussa Tiégboro, who led the investigation in this case, told journalists that over 150 women who had sought the healer’s help were convinced they were pregnant. 47 of them were taken for an ultrasound, and all of them were shocked to hear that they had no babies in their wombs.

“These women’s husbands are impatient wating for them to give birth, and this can tear families apart,” Tiégboro said. “I wanted to reach out to the state to help these poor women, they have no hope, and their lives are at risk. N’na Fanta will be brought to justice.”

“It’s been a year now since we first went to see this woman,” one of Camara’s victims told the BBC. “During our first visit, she gave us some medicines of leaves and herbs that made us vomit. She assured us that this was good for us. As one continues to take these medicines, the stomach starts to rise a bit. After a while, we visited again, she examined us by just touching our bellies and she declared us pregnant.”

Guinean authorities believe that N’na Fanta Camara is responsible for conning over 700 women aged 17 to 45 into thinking that they were pregnant, but the healer denies these accusations. She claims that she was merely trying to help, and that God is ultimately responsible for a woman falling pregnant

“I work very hard to help [the women] realize their dream but the rest is in the hands of God,” Camara told reporters in Conakry. “All these women came to see me for treatment. I asked them all if they believed in God before giving them the remedy, which they took themselves, voluntarily.”

Despite her denial, a court is expected to charge Camara with endangering people’s lives.