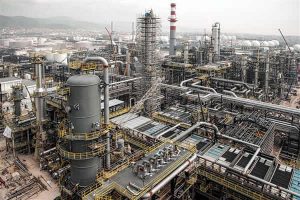 The Federal government on Thursday announced its plan to build an oil refinery by Nigeria and neighbouring Niger Republic.

This was confirmed in a statement by the Ministry of Petroleum Resources said Ibe Kachikwu, Nigeria’s minister of state for petroleum resources, led a Nigerian government delegation to Niamey, the Nigerien capital, on Wednesday to discuss a firm agreement for the design and construction of the refinery.

The statement said the refinery will be strategically located at a border town between the two countries.

The move is in line with the commitment to collaboratively work across the region to ensure definitive solutions to the petroleum sector challenges, Mr. Kachikwu said.

The statement said that the minister held talks with president of Niger, Mahamadou Issoufou, and the country’s energy minister Foumakoye Gado.

Mr. Kachikwu, according to the statement said: “Bilateral and technical agreements will be signed in coming days.”

President Muhammadu Buhari had promised that he would fix the refineries during the 2015 electioneering.

But more than two years after he assumed power, the analysis of the operational report of the refineries prepared by the national oil firm, NNPC, showed that they have fared poorly since the government got into power.

The new deal with Niger Republic is coming at a point the nation is experiencing fuel scarcity which analysts have partly attributed to the moribund state of Nigeria’s refineries.