Local reports show that the incident reportedly happened in the Week 8 game of the Nigerian Professional Football League (NPFL) where the Ilorin based side won 2-1.

According to reports, trouble started after a Kwara United defender committed a foul in his own 18 yard box, but the referee pointed to the corner flag inisinuating that it was corner-kick.

However, the Katsina United captain complained that it was a penalty and not a corner kick.

After the final whistle, the Katsina coach entered the field to send his players out of the pitch not to cause a fight, that was when the Kwara United coach attacked and slapped him, after which the two men almost began fighting.

However, people that were around them separated the fight which would have probably led to serious injuries. 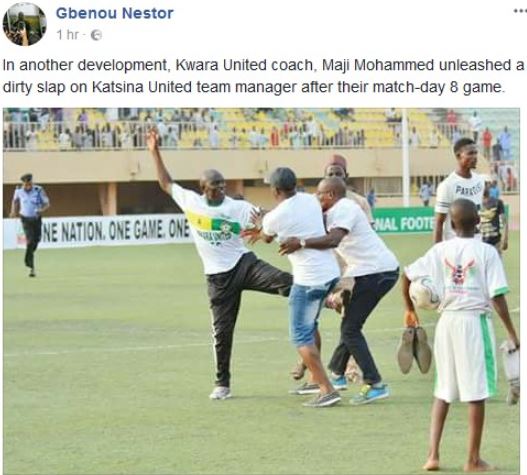