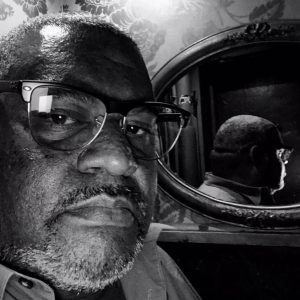 Good novels are hard to come by – and great novels that have something to say about your home country, even harder. Chris Abani’s GraceLand is an amazing find on all accounts, blending an exciting central plot with a wider review of Nigeria and the harsh life that comes with growing up poor in the country. The 2004 novel tells the story of a young man named Elvis, who grows up in Lagos and tries to get away from a life in the ghettos. During the course of the book, he meets all kinds of people and gets tangled up in all sorts of trouble in this wonderful and at times heartbreaking coming of age story.

The name of the novel itself is a nod to the famous Graceland estate that the King of Rock and Roll built in Memphis, TN, USA, where the famous singer died on August 16, 1977 at the age of 42. After all, the book’s protagonist is named after Elvis Presley and is trying to make ends meet as an Elvis impersonator – a profession which, according to Betway Insider, is extremely popular in cities like Las Vegas, where the King also rebooted his career by performing in a series of 636 sold-out shows from 1969 to 1976. In Lagos, things are tougher for our hero, as much as rich tourists enjoying giving him money for his improvised tribute act, and he soon finds himself lured into the underworld, following the sirens of easy money making in a desperate attempt to escape his past. Other important characters in the book include Sunday, Elvis’ wayward father, Beatrice, his loving mother whom he lost too soon, Comfort, his stepmother, and his best friend Redemption. The book holds a rare (almost) 4 stars on Goodreads based on over 2,000 ratings and Chris Abani has received numerous prizes and awards – including the Hemingway/PEN Prize in 2005, the Silver Medal in the prestigious California Book Awards and the Hurston/Wright Legacy Award for Debut Fiction. It was also shortlisted as a finalist for the Dublin IMPAC Award and it was recommended on the Today Show, which helped it get a lot more traction with the Western literary audience – which quickly turned to roaring reviews and unanimous critical acclaim. 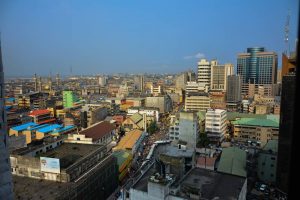 Elvis, it seems, is not so much the perfect embodiment of Presley’s singing and performing abilities, as much as the free American rock ‘n’ roll spirit that the King represents in the novel, as juxtaposed with the grim prospects of growing up in a Lagos slum. For author and Nigerian native, Chris Abani, this might be a story too close to home: he was forced to emigrate to England and the United States after his first writing attempts landed him in prison. His first novel, Masters of the Board, which was published in 1985, was a political allegory of the then-recent military coup that had shaken Nigeria – and critical of the regime. Abani was imprisoned for six months on conspiracy charges but did not stop writing. After his second novel, Sirocco, published in 1987, landed him in jail again, he became furious. He started writing politically charged prose, which this time landed him in prison for good – and on death row. He was able to negotiate his release with the help of friends and fled his troubled hometown to live as an expat, just like Elvis attempts to flee his troubled life by escaping into the world of music, friendship, and an underground lifestyle. Abani forms part of a new generation of Nigerian writers who do not shy away from exploring sensitive social and political themes, but are forever drawn to the homeland that raised them. He prefers to write about Nigeria, even though he has been an expat for the past 30 years or so.

In the Search for our Personal GraceLand

This is probably why Abani chooses his own birthplace, Afikpo, as the place from where Elvis comes from. During the course of the novel, Elvis reminisces about his life there and remembers his relationship with his loving mother – the one who named him after her favourite singer. Elvis Oke and his family are Igbo and as his father decides to run for office, their family is caught up in the turmoil of the flawed internal politics of 1983. When his mother dies, the novel’s setting is transferred to Maroko, a slum in chaotic, urban Lagos, where Elvis and his friends struggle to make a living. One of the main themes explored in the book, besides the repercussions of poverty and violence in a country torn apart, is the effects of globalization in Nigeria. The novel’s main arch of the Elvis them constantly evokes memories of the great American singer and pits its protagonist in a personal growth bid on his journey to his very own “GraceLand” sanctuary. In this context, the author seems at one hand inspired by the free spirit approach symbolized in music throughout his novel, but on the other hand stands critically against the cultural shock of an unleashed modernization. One of the friends Elvis encounters in the book, the King of Beggars, an artist and political activist whom Elvis admires and trusts, denounces the evils of western lifestyle and calls for a re-evaluation of the values of traditional indigenous culture.

Elvis is not entirely convinced by his friend – quite the contrary. But perhaps this is the whole point of the novel: against a complicated setting and conflicting cultural inspirations, the answer is never quite so black and white. And like Elvis searching for GraceLand, we each have to answer these questions for ourselves.