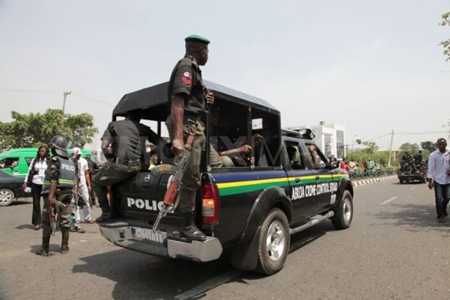 The Police Command in Plateau on Thursday dismissed rumour of a bomb scare at the terminus area of Jos township.

The command’s Spokesman, ASP Terna Tyopev, made the denial in a statement made available to newsmen in Jos.

He assured that the police would continue to secure lives and property in the state.

‘‘On Feb. 14 at about 5.30 p.m., a distress call was received from the officer in charge of our Terminus outstation that a nine-year-old boy, simply known as Hashiru, was seen with a parcel suspected to be an Improvised Explosive Device ( IED ).

‘‘On receipt of the information, our Explosive Ordinance Disposal ( EOD ) Operatives were mobilised to the scene.

‘‘They professionally carried out EOD rendering safe procedure on the suspected parcel which was later found to be a hair clipper and a pair of scissors without trace of explosive,’’ he said.

Tyopev said the situation created panic among members of the public within the vicinity, but for the timely response of police team who restored public confidence.

The spokesperson advised residents of the area to go about their lawful businesses, saying there was nothing like bomb scare.

He, however, urged residents of the state to be security conscious and report any suspected movements in and around their vicinity to the security agencies.