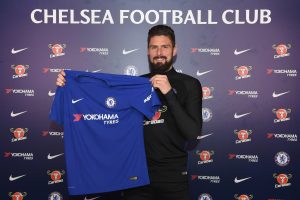 French striker Olivier Giroud has joined Chelsea from London rivals Arsenal in a deal worth £18m.

He has signed an 18-month contract with the Premier League champions with an option of a further year.