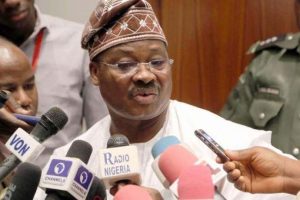 The Chairman of Oyo State Independent Electoral Commission (OYSIEC), John Ajeigbe, says the rescheduled local government election in the state will now hold on May 12.

Mr. Ajeigbe made this known on Friday while addressing newsmen in Ibadan.

He said the election would now hold because the Federal High Court Abuja injunction earlier stopping the conduct of the council poll on February 11, 2017, had been lifted.

The chairman said the election would hold in all the 33 local council areas and the 35 local council development areas in the state.

He reiterated the commitment of the state electoral body to conduct free, fair and credible election.

Mr. Ajeigbe further assured the stakeholders that the commission would play the role of an unbiased umpire in the conduct of the poll and called for mutual understanding for a successful exercise.

The chairman further solicited the cooperation of newsmen, saying `they have a greater role to play.”

“’You are all conscious of the fact that Oyo State is the central nerve of political activities in the South-West.

“’Therefore I want to appeal to the gentlemen of the press to exercise caution while reporting election matters.

He said details on the election timetable would be published in the national dailies soon.

Waheed Oyewole, State Chairman, Intra-Party Advisory Committee, said the development was a good one and urged OYSIEC to conduct a free and fair poll.

Mr. Oyewole said the credibility of the election would depend on the sincerity and unbiased actions of the state electoral body.