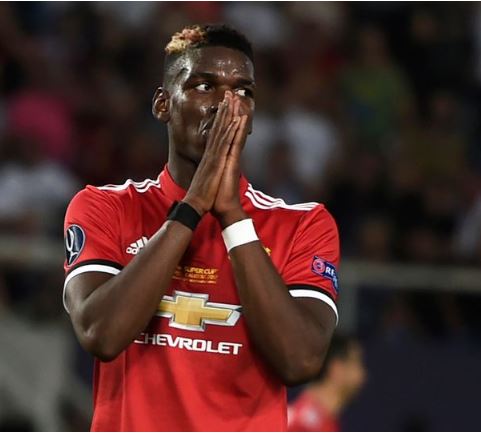 An 11th second opener by Christian Eriksen put Spurs in front before Phil Jones scored in his own net in the 28th minute at Wembley.

The French international was ineffectual for long periods of the clash but had the chance to pull a goal back for United just before the break with a header which he spurned.

United manager, Jose Mourinho was involved in a heated argument with Pogba on the touchline before deciding to replace him with Juan Mata in the 63rd minute.

Reacting to the defeat Pogba uploaded a throwback picture to Instagram with the caption: “Once upon a time… 6 years ago I played my first official match with our team.

He added, “Disappointed with yesterday’s result but we’ll come back stronger. #wecanalwaysdobetter.”