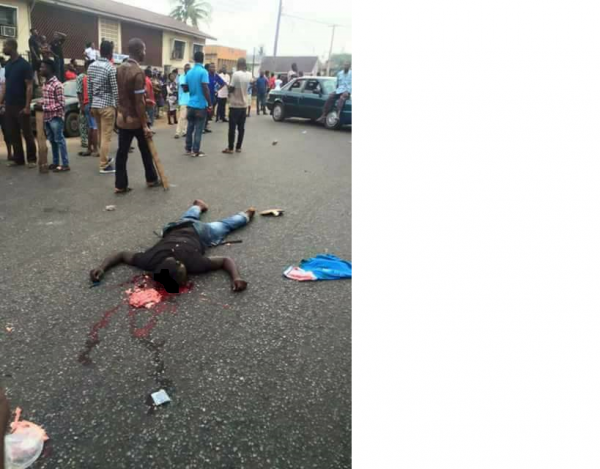 Five police Hilux vans and a truck belonging to the Edo State Government for its task force activities were set ablaze in different areas by the rioters.

The deceased driver was said to have fixed his wedding for next week Saturday.

His fiancée who was in the bus with him when the incident happened along the Muritala Mohammed Way in Benin City was said to have gone into shock after narrating what happened.

An eye witness said she told sympathizers that the police demanded for money and the deceased offered N100 but the policemen insisted that it must be N200.