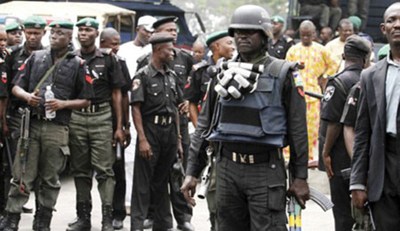 However, the Police Command in Zamfara admitted that 18 persons died in the attack, which appears to be a reprisal against the villagers for intercepting a suspected cattle rustler.

President Muhammadu Buhari ordered the Inspector General of Police, Ibrahim Idris to relocate to the restive state to assess the security breach and this has achieved immediate success.

The Nigerian police has announced the arrest of 3 major suspects responsible for the gruesome Zamfara killings. Below is a statement obtained by PoliticsNGR, signed by force PRO, Jimoh Moshood;

The above mentioned three (3) principal suspects have been arrested by the Nigeria Police Force for participating in the recent Zamfara Killings. The suspects who are now in Police custody are assisting the Police in the investigation into the Crime.

Further findings follows and all suspects would be arraigned in court on completion of investigation.