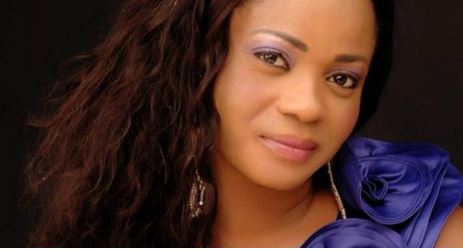 Nollywood actress Steph-Nora Okere has said that she was sexually harassed by a famous producer, who put a knife to her neck.

The actress said this during an interview with Broadway TV. According to the actress, she tried not to talk about the experience for years because her family had asked her not to.

According to the actress, her experience spurred her into starting an NGO that supports women, children and the needy in the society.

“Over the years, I have tried not to talk about it because my family said ‘let it go.’ Yes, I was sexually harassed,” she told Broadway TV.

“I was harassed by a very famous producer, who actually put a knife to my neck. It’s a story for another day. I went through that and I actually left Nollywood at a point.”

Narrating what happened, the actress said: “A producer lured me to his house, told me to take off my clothes, put a knife to my head, what is worse than that?”

She also revealed that she had to take a break from acting after the incident. “After that happened, my family said: ‘that’s it, enough of acting,” she said.

Share
Facebook
Twitter
WhatsApp
Previous article#BBNaija2018: Nina Is Pregnant – Fans React As She Says She Is Not Feeling Too Well
Next article#BBNaija: Ex-Big Brother Housemate, Khloe Reunites With Denrele
- Advertisement -Ad ==> Discover how a young Nigerian graduate now makes a consistent 40k per week doing a legitimate online business. You too can start yours now, click here!!!