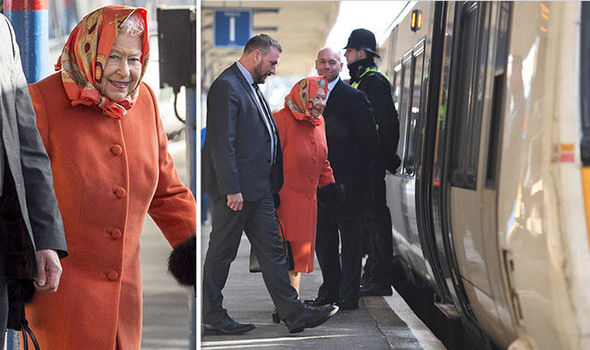 Her Royal Majesty, Queen Elizabeth II, was seen at the King’s Lynn train station in Norfolk on Wednesday, boarding a train that would take her back to London.

The Queen had spent Christmas and the month of January at Sandringham, where she hosted her entire family — including grandson Prince Harry’s fiancee, Meghan Markle — for the holidays.

As she entered the platform, a couple could be seen standing to the side with wide stares.

The Queen was her usual unflappable self, although she stood out in a bright orange coat and matching orange headscarf. 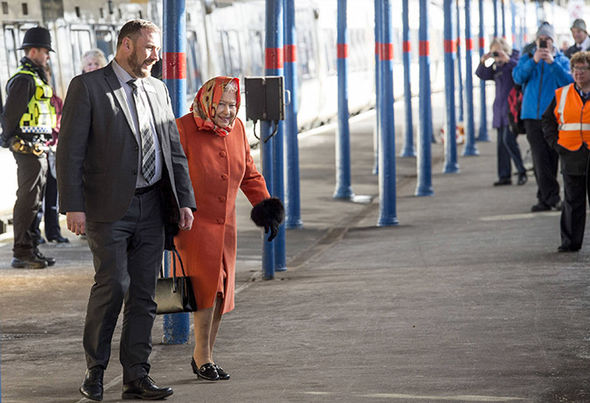 After she arrives back in London, Queen Elizabeth has a busy few months ahead of her.

She’ll welcome two new great-grandchildren to the family this year, with Prince William and Kate Middleton’s third child set to arrive in April, while Zara and Mike Tindall will have their second later this year. 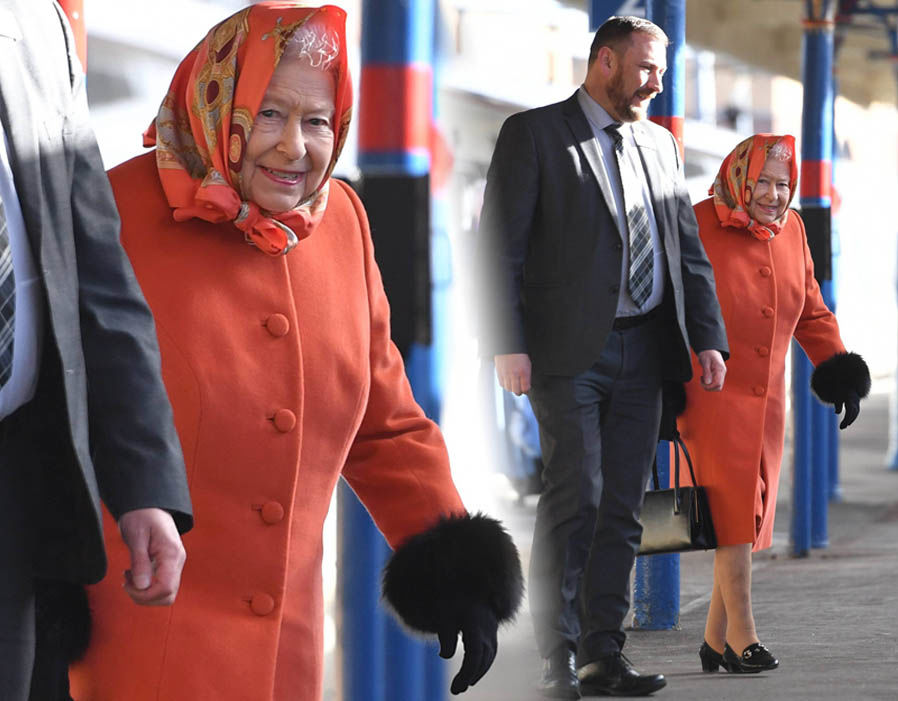 She also has two family weddings on the calendar: Prince Harry and Meghan Markle’s on May 19; and Princess Eugenie and Jack Brooksbank’s on October 12.