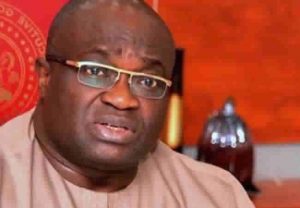 The suspension of the Chief Judge of Abia State, Justice Theresa Uzokwe, has been declared unconstitutional by the National Judicial Council on Wednesday.

This was part of the resolutions arrived at an emergency meeting of the Council headed by its Chairman and Chief Justice of Nigeria, Justice Walter Onnoghen.

Justice Uzokwe was suspended on Friday last week over allegations of misconduct and incompetence amongst others.

In a statement issued by its Director of Information, Mr Soji Oye, NJC declared the swearing-in of Justice Obisike Orji as the Acting Chief Judge by Governor Okezie Victor Ikpeazu without the input of the NJC as unconstitutional, null and void.

The council noted that its attention had been drawn to the crisis in Abia State Judiciary by petitions written against Justice Uzokwe, as well as the one written by the suspended Chief Judge against Justice C. U. Okoroafor, after which investigative committees were set up to look into the issues raised.

In the course of the investigation, some elderly judicial officers in the state waded in and pleaded with the committees to allow the matter to be resolved amicably by them, a request which was granted by NJC at its plenary.

The Council had consequently directed the committees – at the last NJC meeting – on December 6, 2017, to continue and conclude with the petitions before them if there were no reports of the settlement by the peacemakers.

The problem, however, escalated and the Council was informed of the suspension of Justice Uzokwe and the swearing-in of Justice Orji as the Acting Chief Judge.

After considering the matter at its meeting today, NJC resolved that Justice Uzokwe’s suspension by the State House of Assembly without a prior recommendation by the Council violated the provisions of the Constitution.

Justice Orji’s appointment as the Acting Chief Judge was also declared invalid for being unconstitutional, while the Council said the judge presenting himself to be sworn-in raised potential questions of misconduct.

NJC further resolved to query and suspend Justice Orji pending the outcome of its investigation, as well as directed Justice Uzokwe to stay away from duties pending its final decision after consideration of the report of its panels.

Governor Ikpeazu was also asked to appoint Justice Onuoha Ogwe, the next most senior judge, to act as the Chief Judge of the state pending the Council’s final resolution of the matter. 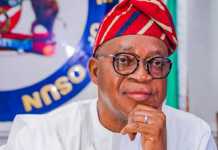 Outgoing Governors, Appointees Can Leave Offices With Their Official Vehicles, Others After Approval – Osun APC