Home Entertainment Would you run if this fake gun was pointed at you? (Photo)
Facebook
Twitter
WhatsApp 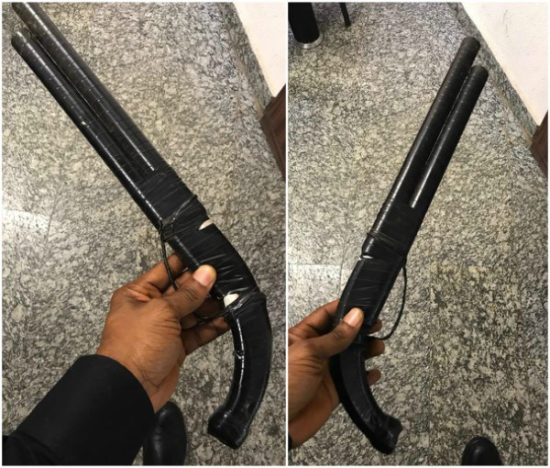 Tunji took to Twitter to share photos of a fake gun some robbers in Lagos abandoned, which they used in snatching a car.

According to Tunji Disu, the timely intervention of the RRS made the robbers flee, as they abandoned their fake gun and the car they snatched. Here’s his tweet below;

Would you run if this was pointed at you? This is a pipe, cellotaped to look like a gun. No one will dare argue with them.This was used to snatch a car. Quick intervention of RRS men made d robbers abandon d vehicle, fake rifle & ran 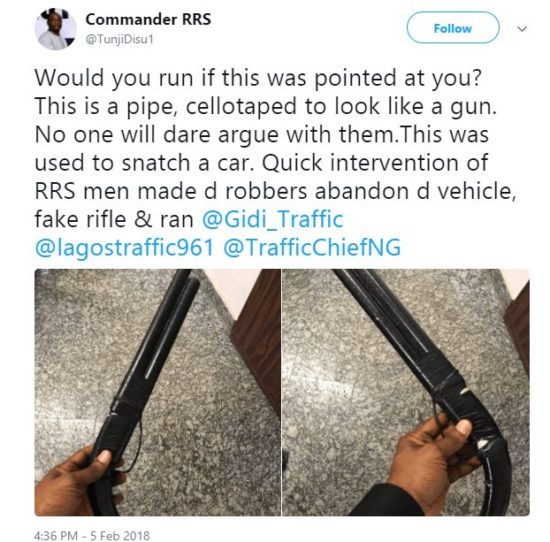