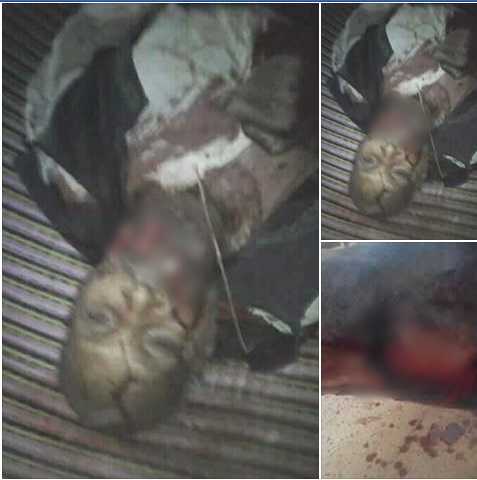 The Alhaji allegedly killed by the militia

A Nigerian man by name, Alhaji Moggogo has reportedly lost his life after he was allegedly attacked and brutally killed over issue involving cattle ranch in Taraba state.

According to Mohammed Mustapha, the man was murdered yesterday by Mambilla militia at his hometown in Gembu, Taraba state.

Mambilla Genocide: Here is the remains of Alhaji Mogoggo who was brutally killed yesterday in cold blood by Mambilla militia at his country home of leme (Wuro Moggogo) suburb of Gembu town, for not allowing the forceful seizure of his cattle ranch to be converted to an eucalyptus trees planting field. 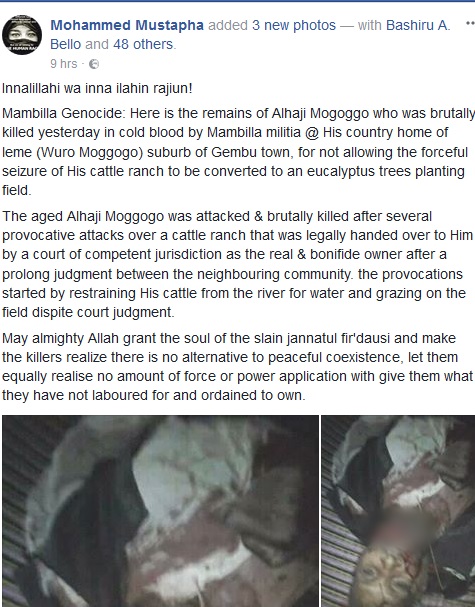 The aged Alhaji Moggogo was attacked & brutally killed after several provocative attacks over a cattle ranch that was legally handed over to Him by a court of competent jurisdiction as the real & bonifide owner after a prolong judgment between the neighbouring community. the provocations started by restraining His cattle from the river for water and grazing on the field despite court judgment.

May almighty Allah grant the soul of the slain jannatul fir’dausi and make the killers realize there is no alternative to peaceful coexistence, let them equally realise no amount of force or power application with give them what they have not laboured for and ordained to own.”