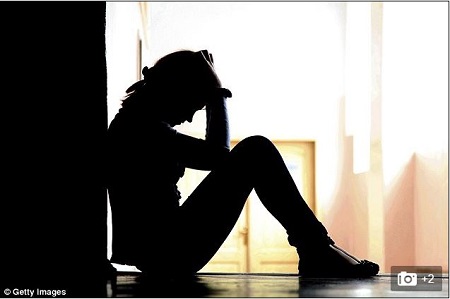 A man who is already married with three children has shocked his own family by suddenly disappearing from sight.

Funke Adeyemi, a divorce-seeking woman, on Wednesday told an Idi-Ogungun Customary Court, Agodi, Ibadan, that her husband, Wasiu Adeyemi, absconded from the home because of N24,000 unpaid rent on their apartment.

The 29-year-old woman said her husband of 12 years ran away from their home when the landlord demanded payment of the outstanding rent, leaving her and their three children.

She stated that the defendant had refused to pay the debt and had not been seen since June 2017.

”The landlord has ejected me from the house and I have been living with my parents since then.

”All efforts to contact him have proved abortive and I have been shouldering the responsibilities of our three kids alone.

”I pray the court to dissolve our union and order him to be responsible to his paternal roles,” she pleaded.

The defendant was not in court to defend the allegation, but the court registrar said he (Adeyemi) was duly served the court summons.

President of the court, Mukaila Balogun, said that evidence before him, coupled with the deliberate non-appearance of the defendant in court, had proved that there was no more love in the union.

Balogun dissolved the marriage and ordered the defendant to pay N12,000 monthly for the upkeep of the three children.

He directed the court registrar to serve the defendant with a copy of the judgment.