So Heartbreaking: This Beautiful Woman’s Last Post Before Her Tragic Death Will Leave You In Tears

Mollie Horton is young mother who was found dead – just days after posting online: ‘Goodnight world, I’m turning myself off’.

According to Daily Mail UK, friends paid tribute to ‘beautiful angel’ Mollie Horton, 22, from Pembrokeshire, after the mum-of-one was found dead at her terraced home on Wednesday.

Police say they are not treating her death as suspicious and were called to her address after ‘concerns about her welfare’.

On January 20 animal lover Mollie posted a picture of herself online with a cartoon halo above her head, and wrote: ‘Goodnight world, I’m turning myself off’.

Mollie, of Milford Haven, Pembrokeshire, leaves behind her three-year-old daughter. 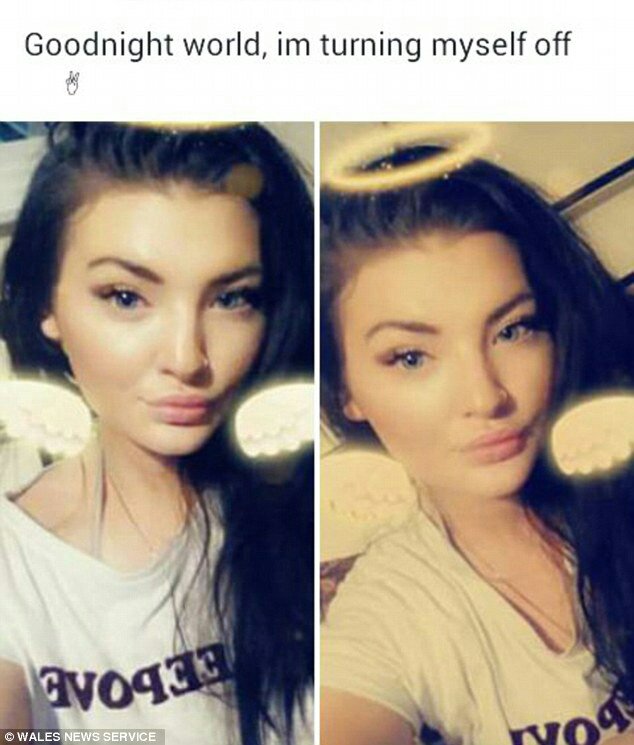 She said: ‘Dyfed-Powys Police received a call reporting concerns for the welfare of a woman in Howarth Close, Milford Haven.

Police confirmed they are not treating Mollie’s death as suspicious.

Friends of Mollie – a keen horse rider – paid tribute to her online, with some saying they hoped she was now ‘at peace’.

Kelsie Daines wrote: ‘I feel like my heart has been ripped from my chest. Sleep well you beautiful angel, I love you to the moon and back.’

Sian Baxter called Mollie a ‘beautiful angel’ after learning of her death.

Pembrokeshire Coroner’s office confirmed an inquest into her death is due to be opened and they are awaiting reports.