So Hilarious: You Won’t Believe What Don Jazzy Told A Female Fan Who Asked Him For Money 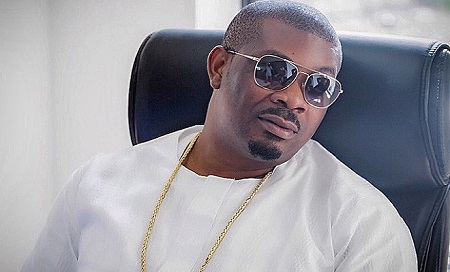 Don Jazzy is one of the most respected and successful music producers in Africa and has proved his worth over the years with the making of hit song after hit song.

The music maker is also known to be playful on social media and often engages his followers in some hilarious exchanges.

Recently Don Jazzy revealed what happened when a female fan asked him for some money via Whatsapp.

A screenshot of their conversation, which was shared by Don Jazzy, shows the unnamed lady asking for money but the music producer declined, giving a very hilarious excuse.

According to him, a strange snake had eaten his money.

Checkout their conversation below: