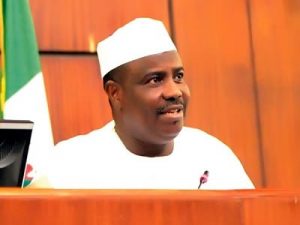 The Sokoto State House of Assembly on Wednesday passed the 2018 Appropriation Bill of N220.5 billion as proposed by Governor Aminu Tambuwal of the state.

The News Agency of Nigeria (NAN) reports that the passage of the bill followed a motion by the Deputy Leader, Ibrahim Arzika (APC-Sokoto North II).

The motion came after the consideration of a report by the House Committee on Finance and Appropriation.

The Committee Chairman, Malami Muhammad (APC- Sokoto South II), while presenting the report said that the sum of N67.6 billion would be for recurrent expenditure, while N152.9 billion was proposed for capital expenditure.

He said that the amounts proposed for both recurrent and capital expenditures remained the same as submitted by the governor.

“That the 2018 budget amounting to N 220,500,264,565.00 is neither added nor reduced by the committee. The figures remained as submitted to the assembly by Governor Tambuwal.

“However, based on the genuine request of the Sub-Committee, the Committee moved resources inwards to accommodate some important demands and interest of the people,” the chairman said.

Mr. Muhammad said that the committee recommended that the State Assembly should brace up in the conduct of oversight functions.

“This is to fast track budget performance and implementation in all Ministries, Departments and Agencies (MDAs) in the state.

“There is also need for constant sensitisation and enlightenment of the citizens by all stakeholders on what budget is all about, and the expenditure of government based on cash flow.

“Moreover, the Board of Internal Revenue should process the review of absolute tax laws and fines for improvement of revenue base,” he said.

Mr. Mohammad commended the Interim Management Committee of Sokoto State Board of Internal Revenue for ensuring an increase in the state’s IGR.

The Speaker, Salihu Maidaji, said: “The bill is accordingly read at the third term and passed”, which was received by unanimous voice vote from members.

Mr. Tambuwal, had on Thursday December 21, 2017 presented the 2018 Appropriation Bill before the state House of Assembly.

News Agency of Nigeria (NAN) reports that this year’s budget is N16 billion higher than that of 2017 of N204.3 billion.