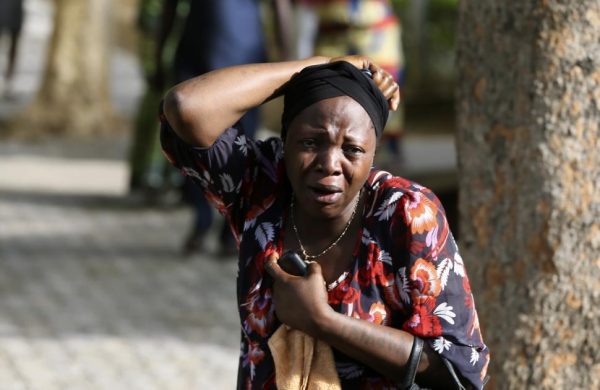 Twitter user Nerdy has revealed how a Husband’s family maltreated the wife, Just minutes after he died, According to Nerdy the lady in question is her friend, and that the late Husband’s family who never contributed anything came in 2 days before he died, and after he died they started celebrating while his corpse was still in the Hospital..

They started asking the mourning wife to tell them if he has any property outside the ones they own, without even considering the trauma she’s going through… That if they had known that he would die, they won’t be traveling all the way from the village.
y said the people are from Igbo, read her post below! 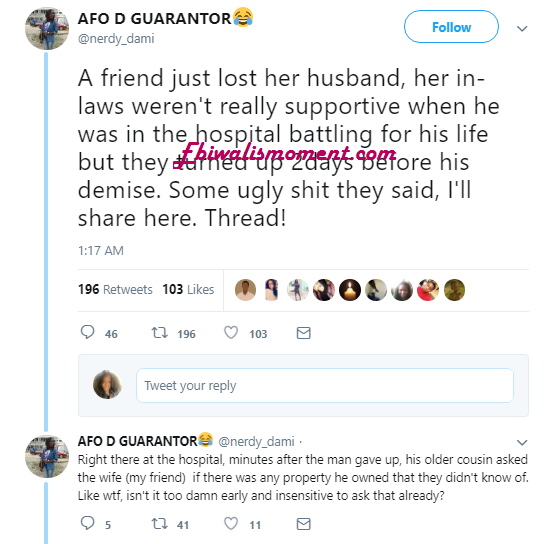 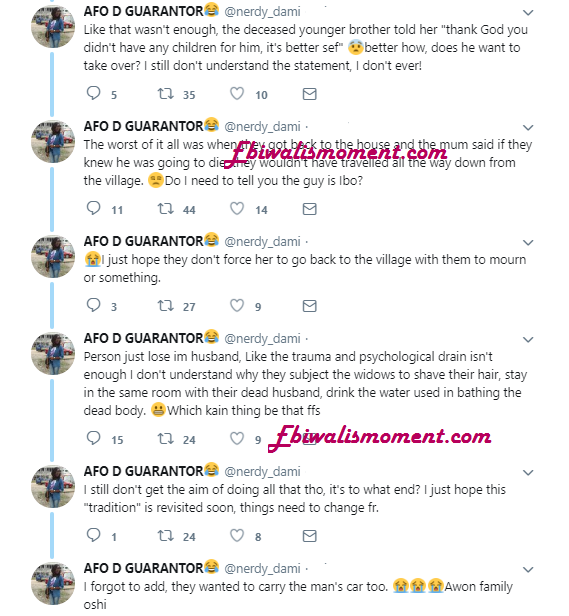