Home News Feed The Question Doctors Should Ask To Determine Whether A Woman Will Have...
Facebook
Twitter
WhatsApp 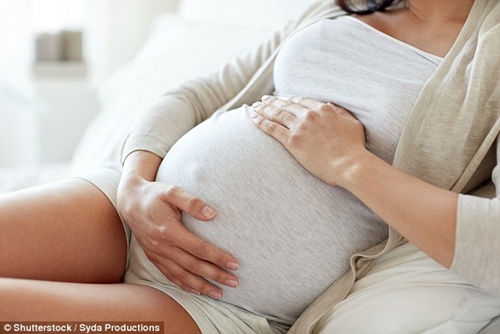 Researchers have revealed the one question doctors should ask to determine a woman’s fertility.

According to scientists, asking hopeful mothers ‘have you ever been sexually active for a year or more without using contraception and become pregnant?’ is the most effective way of assessing their chances of conceiving.

The researchers also found failing to become pregnant within a year of trying is associated with worse baby outcomes if women do eventually conceive, the US study found.

These include infants being born underweight or having a small head circumference, which is linked to developmental delays, seizures and difficulty swallowing.

By asking pregnant women about their past conception successes, doctors can predict the health of their unborn children, according to the researchers.

Infertility affects around 11 percent of women and nine percent of men of a reproductive age in the US.

Results further reveal infants who are conceived after more than 12 months of trying are on average 2.18oz lighter, 0.33cm shorter and have a head circumference 0.35cm smaller than babies born without any parental fertility problems.

The results also suggest women are less likely to conceive within 12 months if they have high blood pressure or asthma.

These conditions are also associated with babies having a low birth weight.

Women who suffer from kidney disease are also more likely to have infants with a small head circumference, while fathers with autoimmune conditions are linked to baby’s having larger heads.

Large heads at birth have previously been associated with both higher intelligence and cancer in later life.

How the research was carried out

The researchers, from George Mason University, analysed 4,886 parents and 5,845 children.

Infertility was defined as either being sexually active without using contraception for more than one year without becoming pregnant or ever requiring over 12 months to conceive.

The findings were published in the journal Fertility and Sterility.

Women who consume sugary drinks while having IVF cut their chances of conceiving, research suggested in October last year.

Drinking more than one sugary beverage a day reduces a woman’s chance of having a live birth after IVF by 16 percent, a Harvard University study found.

Having just one sugary drink a day lowers the likelihood of successful IVF by 12 percent, the research adds.

Sugary drinks also reduce the number and maturity of a woman’s ovarian cells, as well as lowering their amount of high-quality embryos, the study found.

Previous research suggests sugar stimulates the release of stress hormones that affect the health of the reproductive system. Eggs and embryos may also fail to thrive in high blood glucose environments.