Controversial Nollywood actress, Tonto Dikeh, revealed in a recent interview that her ex-husband, Olakunle Churchill was married to another woman when they were husband, and wife and in that case, their marriage was a scam. 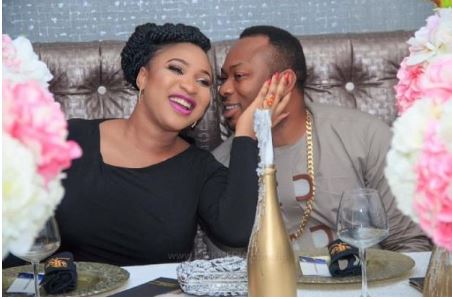 Tonto who recently spoke on how she ended a child custody case with her ex-hubby in court which she did not make known to the public as she also won that case said:

“If you want to talk about me and my ex-husband that’s different but I will not even glorify that because he’s eating off my energy and my stardom and I don’t want that anymore.

In a swift reaction to claims by Tonto, the businessman Churchill took to his Instagram page and wrote a crypic message to address the reports.

He wrote: “You can’t change what has already happened, so don’t waste your time thinking about it. Move On, let go, and get over it. One bad chapter doesn’t mean your story is over.”