The president who arrived the state via his presidential jet, was received by Governor Nasir El Rufai, who was captured on camera in photos making rounds online, bowing in humility and almost postrating in respect for the head of state. 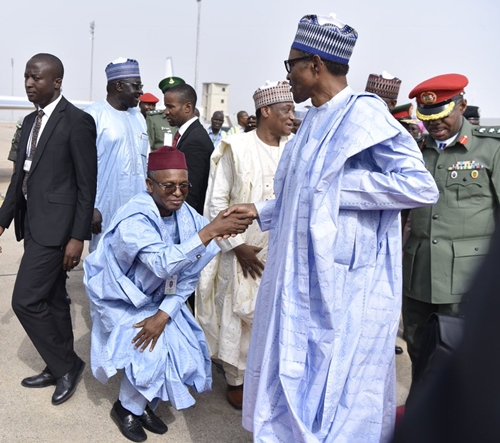 While inaugurating the Unmarked Areal Vehicle, named Tsaigumi, which was to boost the capacity of the military, President Buhari said:

“From the military perspective, the added capacity for intelligence, surveillance and reconnaissance provided by the TSAIGUMI will boost ongoing and future security operations.

“As this project moves into the next stage, which is mass production, it would create employment and possibly generate revenue as Nigeria’s first military export product.” 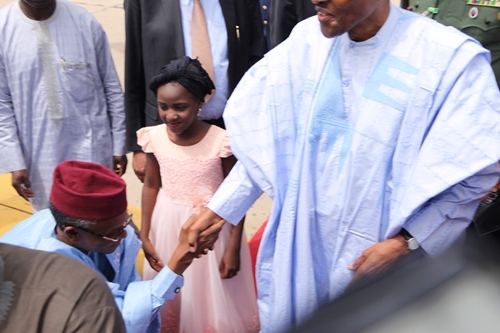 According to him, the technological feat is an indication that there is potential to apply the same innovative mindset to addressing other areas of indigenous technological needs.

“While I commend the Nigerian Air Force for this accomplishment, I enjoin you not to rest on this achievement but to strive harder in your research and development efforts for greater innovation.

“Be assured of this administration’s support towards the attainment of greater technological milestones for our nation,” the President added.