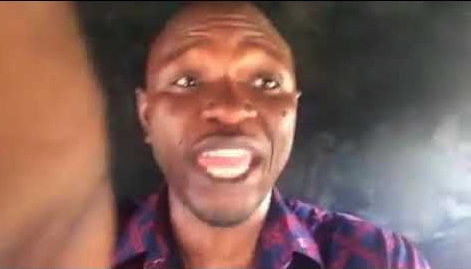 The video of Aliyu Adekunle, the Vanguard Online Editor who was reportedly arrested while taking pictures of Okada riders has emerged online.

Adekunle was arrested in the Ikotun area of Lagos on Friday, and was forced into the Police van after his iPad was broken,

He was taking pictures of Okada riders was accosted by police officers in Ikotun and was forced to enter their van. @segalink @Gidi_Traffic @RuggedyBaba pic.twitter.com/QuyEYLqtD6