Why I Stopped Doing Music After My Hit Song, ‘Olomi’ – Tosin Martins 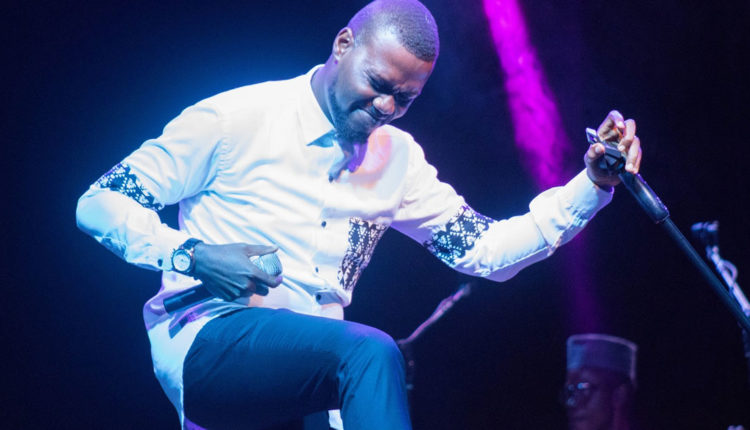 The song “Olomi” was a lover’s themed hit song by Tosin Martins released in 2006. The song has evolved to become an evergreen love song that it has not been found wanting on playlists of DJs at weddings. Just after releasing his album the same year ‘Olomi’ was released, Tosin Martins left the music scene at the time when he was gaining the loudest attention.

Meanwhile, the inspirational singer has explained why he left the music scene and according to him, other music sound that started evolving at that time was not his kind of sound.

The singer further expressed his dissatisfaction
for the stereotype against his kind of gospel
inspirational song. Even though he is more of a
gospel singer, Tosin Martins is one of the few
singers in the genre to collaborate with secular
artistes.
He said;
“What I appreciate from secular artistes is
friendship and relationship and not what they
stand for. There are some subjects that are
bigger than a particular faith. Love impacts
everyone irrespective of their faith.
You cannot say that Tiwa Savage is not
capable of love, so I would feature her
because she loves; she has had her own
travails and challenges. It is the same thing
with M.I and anyone else as far as I know that
we click on the subject.
If we have to sing for a cause like HIV/AIDS,
for instance, I would definitely collaborate with
the secular artistes. For instance, we just did a
song for the awareness of drug abuse and I
collaborated with secular artistes.”
In what is believed to be a come back attempt,
the singer held a concert on Valentine’s Day and
he performed alongside Ebenezer Obey.
According to him, his mother was highly excited
to watch her favourite singer perform right in her
front.
“I staged the concert because I had not done
one in about five years and concerts are part
of what makes us artistes. After recording
songs and making albums, artistes need
concerts to enable the people to truly feel the
vibe. Honestly, I cannot tell you why I have not
staged a concert in five years but I have been
quite busy with travelling and touring. It is
also quite expensive to put concerts together.
I could have done something bigger looking at
my level but I put this together and made it
quite small because I had not staged a concert
in a long time.
“It was a special moment for me because
Ebenezer Obey is my mother’s favourite
artiste. She has been following him for years
and I have always looked forward to this
opportunity. He featured on a song in my
album, so I had to invite him to perform today.
My mother watched his performance and she
felt elated that I was able to bring her
favourite artiste on stage right in front of her.
When I told her that he was coming, she could
not believe it and it happened,” Martins said.

Recall that Peruzzi's former boss, King Patrick alleged that there was no proper documentation of the singer's signing at Davido's DMW record. Well, Peruzzi has...
Read more
- Advertisement -