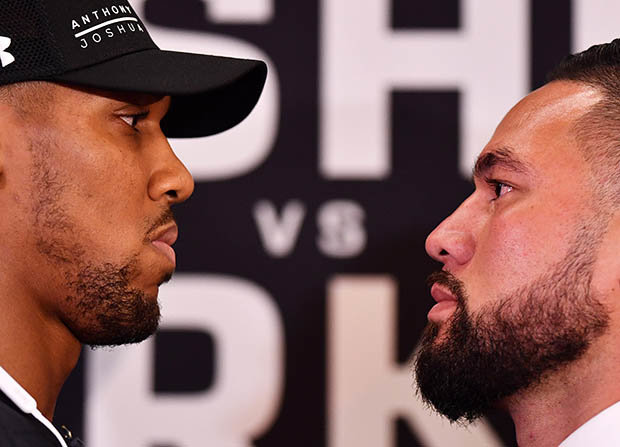 According to Daily Star UK, Anthony Joshua’s rival Dillian Whyte claims Joseph Parker is set to fail in his forthcoming heavyweight clash for one obvious reason.

Whyte was unbeaten when he faced off against Joshua in December 2015, providing the future unified champion with the sternest test of his career.

The 29-year-old appeared to have Joshua on the ropes when he wobbled him with a well-timed right hand.

But he could not sustain the momentum and eventually became the 15th victim in a perfect knockout streak that has since extended to 20 fights.

Ahead of his own heavyweight clash with Lucas Browne later this month, Whyte was asked whether Kiwi WBO world champion Parker could give Joshua problems on March 31.

“Parker will come to fight but I believe what he brings to the table will work right into AJ’s hands,” Whyte told talkSPORT.

“Because he is a ‘come-forward’ fighter, he’s not the strongest of guys and he’s not got the strongest defence and AJ will relish that – taking the half a step back and shooting the right down the middle all the time.

“Parker’s not very good on the back foot.

“He just knows how to come forward and he hasn’t got real power and good defence which is going to be a problem.”