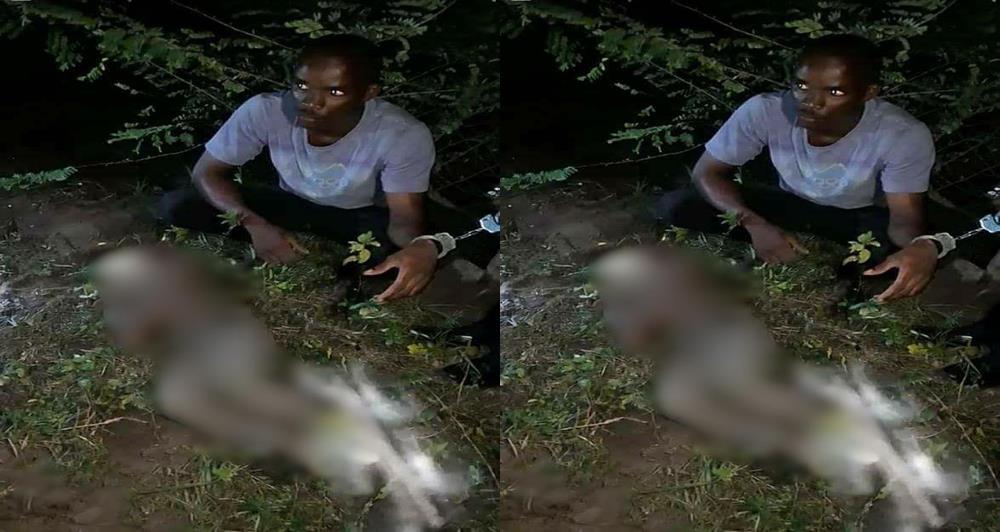 A Facebook user simply identified as Odueko Olumide John shared a news about a suspected internet fraudster who was arrested after he was caught using his young nephew for rituals in Lagos.

According to him, the alleged Yahoo boy who goes by the name Tunde Owolabi popularly known as ‘Money Talks’ was caught using his elder sister’s 7-year-old son for money rituals in Ikoyi, area of Lagos State.

The suspect who took security operatives to where he dumped the boy’s corpse is currently in custody and helping the police with investigation.

His arrest has sparked outrage on social media. 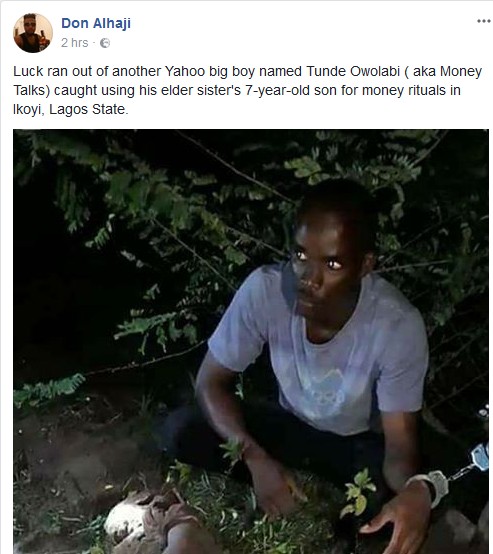