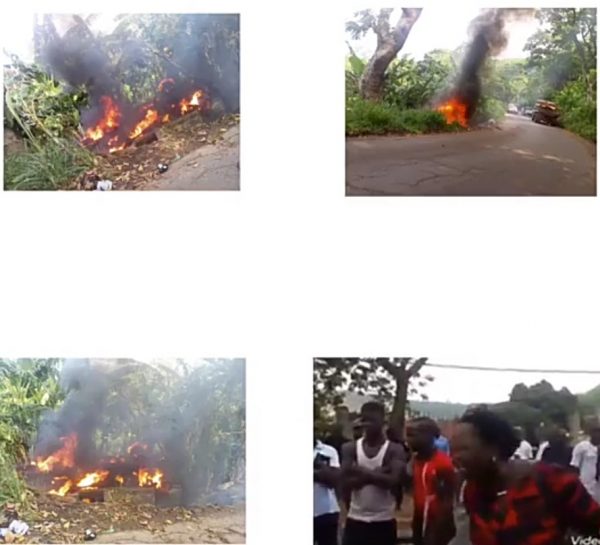 No fewer than eight persons were reportedly burnt to death on Thursday after officials of the Nigeria Security and Civil Defence Corps opened fire on a commercial bus on Milikin Hill Road, Ngwo, Enugu.

The driver of the commuter bus was said to have lost control and fell into a ditch after the NSCDC officials, who were chasing him, rained bullets on his bus. The bus burst into flames immediately it fell into the ditch.

A female passenger was said to have escaped with injuries and was responding to treatment at the hospital, while the dead, among them the driver, had been deposited at the morgue of the Eastern Nigeria Medical Centre.

The passengers were said to be Ngwo traders, who had gone to the New Market to transact business and were returning home.

Speaking on the incident, the state Commissioner of Police, Danmallam Mohammed, described the incident as unfortunate.

Watch The Video Below: