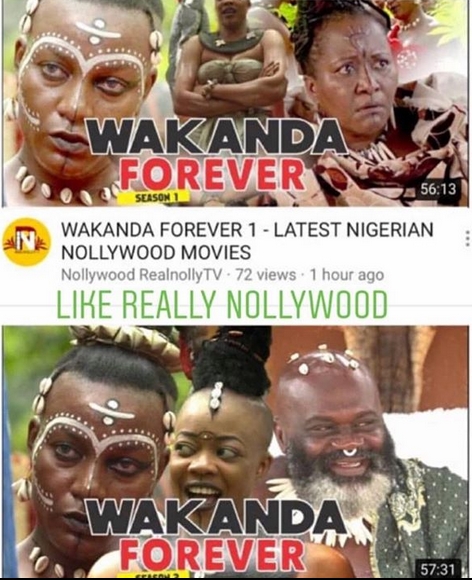 As Nigerians are expecting to see a Nollywood version of Black Panther, since the nation’s movie industry is known for duplicating Hollywood movies without a little bit of originality, the poster of a Nigerian version of Hollywood blockbuster movie, “Black Panther”, has emerged online.

The film poster making the rounds online shows Nollywood actress, Queen Nwokoye, as well as some other stars featured in the Nollywood version of the American movie titled “Wakanda Forever.”

Meanwhile the actress has taken to her Instagram page to reveal in very strong words that she is no part of the controversial viral movie poster.

She posted the image and wrote: “I am very sure that the jobless fellow who made this rubbish think it’s funny but it’s not. These days people can do anything for likes and comments. Pls just leave me out of your childish creations biko.

“And for those ones who are running their mouths up and down, do not take the gentle strides of the lion as cowardice.”