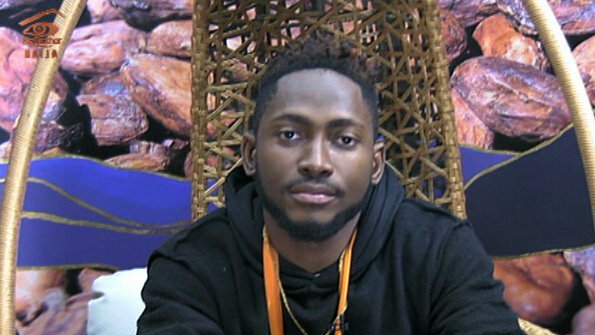 His relationship with fellow housemate, Nina, is undoubtedly one of the most talked about in the Big Brother Double Wahala house and now, he just might have broken hearts after he admitted to having someone else outside the Big Brother house.

Miracle just might have broken the hopes of many when he insinuated he has someone out of the Big Brother Naija house – he was put on the spot during his diary session last night when he was asked if there is anyone special who may be affected by his actions in the house… after a brief thought, he said yes.

When asked how he intends to deal with that, he said when he gets out…

Though most people feel he was referring to his mom.

Days ago, controversial on-air personality, Daddy Freeze, called on Biggie and the organizers of the Big Brother Naija reality game show to just award Miracle the grand prize of N45million.

Freeze said Biggie should stop wasting viewer’s time and give the 23-year-old pilot the money now.

Recall that Freeze had earlier endorsed Miracle and revealed why he likes Miracle while continuing efforts with his campaign for him (Miracle)to emerge winner of the reality TV show.

“Dear #BBNaija, I have made up my mind. Please give #miracle the money.. anything after this point is a waste of our time.

“@LewisHamilton won the F1 championship before the end of the season… This can be replicated in Big brother.