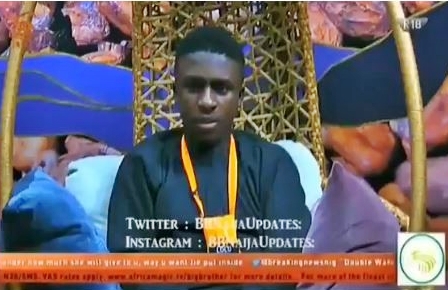 A throw-back video has emerged on social media showing the moment Big Brother Naija housemate, Lolu, professed love for a lady outside the house.

Lolu’s love interest in the TV show, Anto, had recently revealed that her heart was broken after she discovered that Lolu has a girlfriend but hid it the whole time they were together.

In the video which is making the rounds online, Lolu was captured on camera in a previous diary session, giving a special message to another lady outside the house.

Anto must have seen the viral video clip when she was initially evicted which obviously broke her heart. Since she returned after she was voted back into the house, she has been giving Lolu the cold shoulder.

Watch the trending video below;

We are just guessing tho…

As she just said to Lolu
“If it’s Anto; it has to be just Anto”#BBNaija #BBNaijaUpdates pic.twitter.com/Dmsv2HGwJB