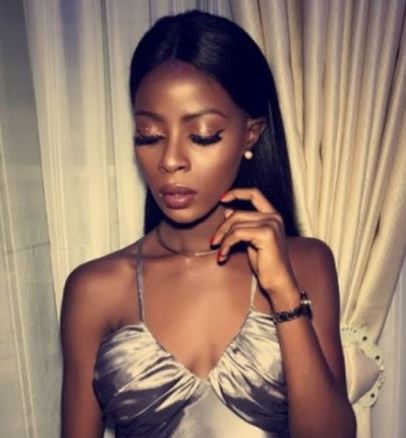 Big Brother Naija 2018 housemate Khloe, has given reasons she was voted back to the house.

Khloe, who was earlier disqualified with her strategic partner K-brule, returned alongside Anto.

Khloe said NIgerians voted her because they want her to deal with some housemates.

According to her, she would deal with Cee-c, Alex, Teddy- A and Tobi.

She said, ” My family actually voted me, maybe not all but some fans sent me on an errand and I have to deliver.

”Some people want me to deal with Cee-c.

”Some want me to put Alex straight. As for Tobi, he is not my kind of guy, but we will see about that.”