Home News Feed Buhari Speaks On His Only Priority To Nigerians, Election Promises As He...
Facebook
Twitter
WhatsApp 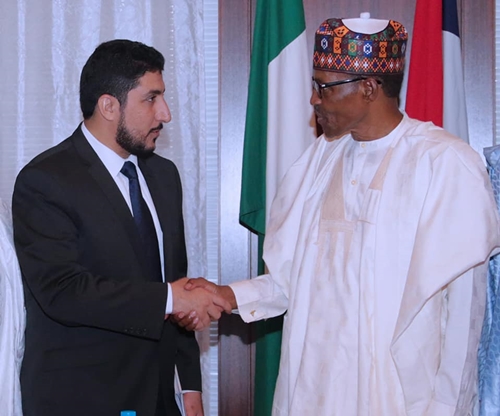 While speaking when he received a delegation from King Salman of Saudi Arabia at the Presidential Villa, Abuja, President Muhammadu Buhari on Thursday, reiterated that the priority of his administration was mainly to secure the country, ensure a viably economy and rid the country of corruption.

The President said his administration was mindful of the three-pronged promises made to Nigerians before the 2015 elections.

He said Nigerians in the areas affected by Boko Haram insurgency were in the best position to provide correct assessments of the changes that have taken place since he assumed office in 2015, assuring that he remained undeterred and focused on securing the lives and properties of all Nigerians

According to him, “From the very time we came until now, we have been able to do our best, and we remain focused on delivering on our promises.’’ 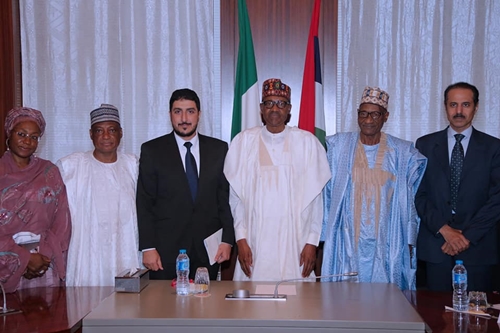 President Buhari in a statement signed by his Senior Special Assistant on Media and Publicity, Malam Garba Shehu, told the Saudi Arabian delegation that the priority of his administration had so far been on securing the country, buoying the economy and curbing corruption so that Nigerians would start benefitting from the rich natural and human resources of the country.

He expressed appreciation to the King Salman Aid and Relief Centre, and the Saudi Development Fund for providing relief materials, worth 10 million dollars, to Internally Displaced Persons (IDPs) in the North East.

In his remarks, the Minister of Defence, Mohammed Dan-Ali said the delegation from Saudi Arabia had already visited the Ministry of Defence, Defence Headquarters and taken a tour of IDP camps in Maiduguri as part of their schedule.

The Leader of the Saudi Arabian delegation from King Salman, Nasser Bin Mutlaq, said the visit and the donation of materials was an extension of the good relations both countries had shared over the years.

He said, “We are directed to offer materials and food for the displaced persons in the North East worth 10 million dollars. We have had a field visit to the places and seen the humanitarian situation ourselves.’’