Home Entertainment Burna Boy Reveals Fela Kuti Is The Only One That Did Real...
Facebook
Twitter
WhatsApp 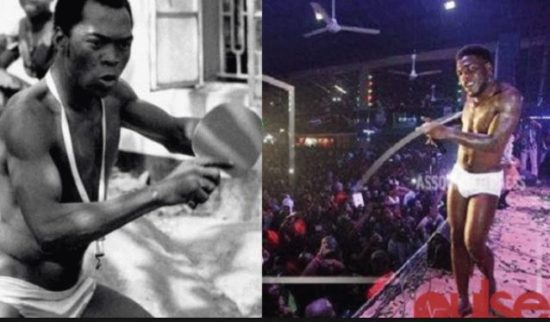 Popular singer, Burna Boy has come out to share his thoughts concerning the AFROBEAT genre. Burna Boy has revealed that nobody else has been able to do real Afrobeat since the demise of the inventor of the genre.

In his interview with Radar Radio, where he was referred to as the “King of Afrobeat”, Burna Boy corrected the journalist by stating that he makes Afrofusion music and not Afrobeat. He stated that only FELA Kuti does Afrobeat as far as he is concerned, even though a lot of other Nigerian artistes would like to be seen as Afrobeat purveyors.