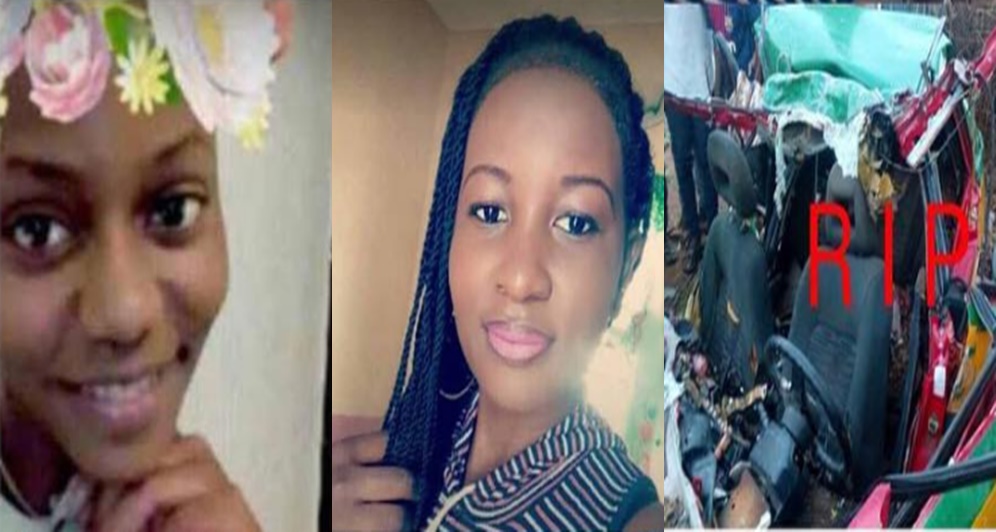 Two final year students of the Kwara State Polytechnic died in an auto crash, yesterday, while heading home after the day’s exam.

According to reports, the accident which also claimed the lives of the driver and a corps member, occurred along the Unilorin Teaching hospital, Oke-Ose, Ilorin, after the cab driver was said to have lost control of the car.

See photos of the accident victims and the scene below; Few days ago, a female corps member was knocked down by a moving train in Ikeja, Lagos State.

The accident left her body seriously mangled. According to an eye witness account, “the train was not moving at a high speed. People tried to call her attention to the incoming train but she didn’t yield to the call as she continued pressing her mobile phone.”

He also further stated that:

“I was looking at her from where I stood and saw her with an earpiece plugged into her ears which made her unable to hear the sound of the incoming train.

Many passers-by tried to pull her out of the rail line but she ran towards the moving train which crushed parts of her body.”

She was later rushed to the hospital for medical attention by some people. According to unconfirmed reports, she later died.