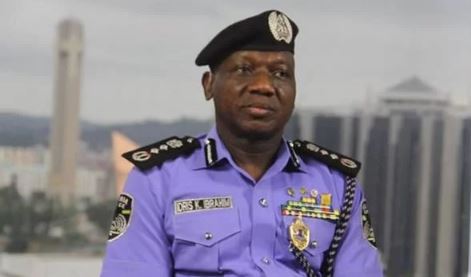 The Inspector General of Police, IGP Ibrahim  Idris, has removed Ali Janga, the commissioner of police in Kogi over the disappearance from detention of six suspects, two of whom had claimed they were hired and armed by Senator Dino Melaye.

The Commander FSARS in the State, the Divisional Police Officer ‘A’ Division, Lokoja and other Police officers implicated in the escape have also been transferred out of the state and are at the moment facing disciplinary action.

In addition, 13 police officers have also been detained and are facing investigation, the Police PRO, Jimoh Moshood said.

Moshood said Idris was dissatisfied with the circumstances surrounding the escape of the suspects.

Two of the suspects that broke their detention were Kabiru Seidu a.k.a Osama, Nuhu Salisu, a.k.a Small). They were to serve as principal witnesses in the case against  Senator Dino Melaye and Mohammed Audu.

The case  of conspiracy and unlawful possession of Prohibited Firearms filed  filed at the Federal High Court, Lokoja came up in court today, 28th March, 2018.

According to Moshood, IGP Idris has ordered Esa Sunday Ogbu, a police commissioner with Federal Operations, Force Headquarters, Abuja to proceed and take over as the new Commissioner of Police, Kogi State Police Command.

“Furthermore, on the order of the IGP, the IGP’s Intelligence Response Team and Special Tactical Squad, Personnel of the Force Criminal Investigation and Intelligence Department have already arrived in Kogi State to work with the Police personnel in the State for immediate re-arrest of the escaped suspects. They are to also carry out detail investigation into the escape and bring all those involved to justice.

“The Force wishes to implore the good people of Kogi State to remain calm and assist with useful information to the Joint Police Investigation Team. They can report any information they have on the escaped suspects to the nearest Police Station in the State or any other State in the country”.